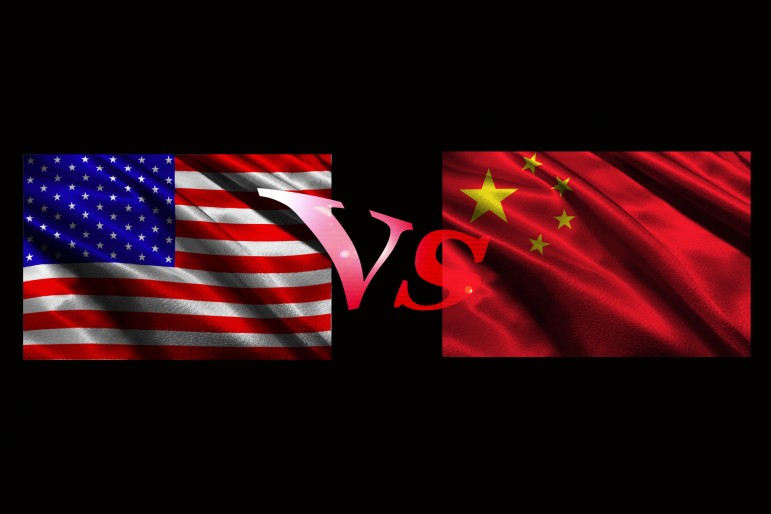 The division between the Democratic Party, Republican Party, and Donald Trump is a sign of a divided nation. The divide nation will either come to its senses or will internally destroy its self. A country like Russia, China, Iran, and North Korea are undermining the United States daily. Failure to come together as a nation will allow China to overtake America, but America United can keep superpower status.

Failure To come Together As Americans:

The Chinese government is installing cameras daily all of China to watch over their citizens daily activities. The Chinese government is also spending billions of dollars on artificial intelligence and facial recognition to keep watch and control their citizens. The Chinese are coming out with the social credit system. Citizens who violated the law or talk bad about the government receive a reduce social credit, for example, could limit access to travel. Talk good about the government, and follow the law the higher the social score. The Chinese people are watch and control, which will put individuals in danger along as well as their families. The deep control might allow China to when future military conflicts by putting the people in fear and terror. The Chinese government has already annexed South China and the East China Sea. There might be plans to invade Taiwan in the near future. Chinese strength will continue to advance to threaten the United States.

The Downside Of Chinese Control Over The People
If Chinese computers are hack into, then the database of citizens will be key. Who are the critical people, who are not in the database could also lead to important people? The documentation of all citizens will allow stronger control inside the nation, put foreign governments will take the information and use it in their favor if there is a conflict with China.

If the nation is united under the Trump Administration, then America can combat future threats such as China. Trump is fighting the trade war, so America does not become more rooted in debt. Trump is supporting Canada because its citizens were imprisoned because Canada arrested the CFO of Huawei for the United States. Having strong immigration laws will resist Chinese spies entering the nation. Trump has passed a policy of reducing students visas to 5 to 1 year for Chinese students. However, there should be a complete ban. China is trying to become the number one superpower. If the immigration system can fix it should only allow the most educated individuals to benefit the nation.

America is out man if war does break out.

In the end, America needs to become United, or it will fall behind, while China takes over. It is essential to becoming United, or the possibility of conflict with China will become a reality.