Americans Should Get Use To Being Attacked By Mass Shooters & Terrorist 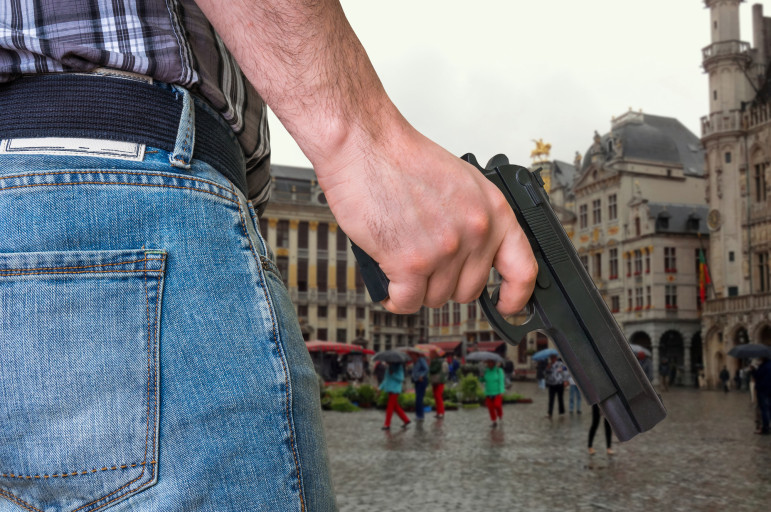 The world today is becoming more dangerous for Americans living inside the United States. Americans face new dangers such as cyber threats, mass shootings, and terrorism. These threats are very real and will affect you during your lifetime because of the world we live in today.

Unlike, the past Americans feared invasion from foreign nations, for example, Germany and Japan during World War II. Also, during the Cold War Americans feared communism and a nuclear strike on the Homeland. Today, a civilian can be attacked without the country being invaded by a state actor.

Terrorist organizations such as these pose a significant threat to US citizens because these groups do not care if you are an innocent civilian or a soldier serving in the military. These groups are willing to kill anyone. The military has a hard time killing them because they are not a state actor and is a worldwide terrorist organization brainwash by a belief system. This is why we will continue to see terrorist attacks inside our homeland.

The types of attacks terrorist will try to commit on the average citizen are mass shootings, car bomb, suicide bomber, crash planes into buildings, stabbings, poisoning water supply, and using a drone to release an explosive device into a crowd. These are some examples of terrorism we might face now and in the future. Terrorist and State actors are trying to conduct cyber attacks on our homeland.

When it comes to cyber attacks, the average American is in great danger. Cyber threats from China and Russia have created billions of dollars of debt for the US economy. Terrorist organizations and organized crime also use cyber attacks to steal information such as passwords to bribe people to give the information back with payment. Americans everywhere are put in danger of having their information stolen and having their power cut out by an attack. The possibility of cutting power to our grid is very real from state actors and terrorist organizations according to cfr.org. This is another example, how warfare today is right in front of your face even though it’s not physically hurting you.

When it comes to mass shootings, it’s starting to become more familiar. Mass shootings will become common as society becomes less physically social. We might be more connected to the web, but not talking face to face.Weak personalities will create people to transform into a terrorist or something else. People who can’t think for themselves or have a lack of confidence in themselves could become a danger according to upfrontpolitics.com. Schools today do not teach how to stand for yourself when someone calls you a name. Instead, someone else stands up for you, which could hurt that individual later in life. On the other hand, Mass shootings are very terrible but can be fixed. Increasing physical, social skills in schools and reducing the divorce rate will create better families values, which will generate a mentally stronger individual, then a weak one according to upfrontpolitics.com.

In the end, This is the new world we live in and must accept. Mass shootings, terrorist attacks, and cyber attacks will increase. It is best to put in a mindset of this type of thinking. Increasing conceal carry firearm permits according to upfrontpolitics.com, education to spot signs of terrorism, and expand classes in high school for cyber defense, so we have a generation of cyber warriors. As a result, we might be able to counter these threats, but understand this is the new world we live in.

Disclaimer:
The views and opinions expressed in this article are those of the authors and do not
necessarily reflect the official policy or position of any agency