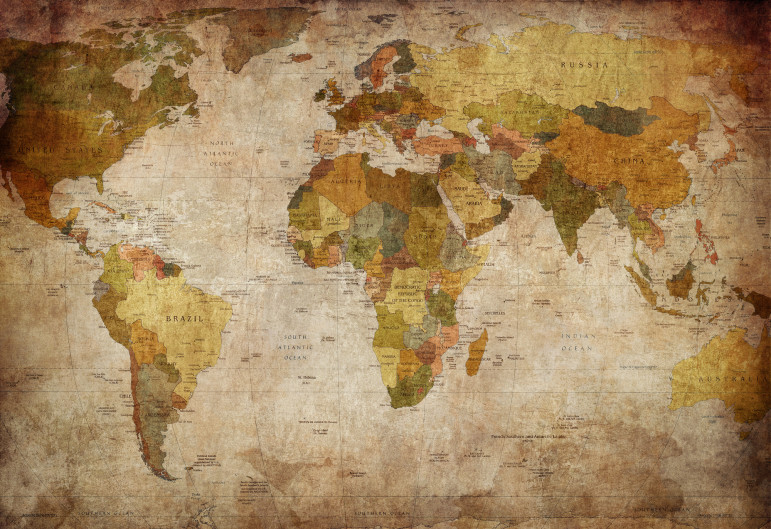 The United States is facing major foreign policy and domestic challenges. These challenges only can be solved if both political parties come together to resolve issues under the Trump Administration. However, if both political parties continue with their behavior, the United States will continue to lose their superpower status globally, but domestic matters will start destroying the country as well.

When we examine foreign policy, we see a stronger China on the rise with a strong economy, military, and space expansion. Russia is starting to take more control of Syria, which will give other countries the impression that Russia can step in and will back middle eastern allies tied to Russia no matter what. North Korea is a growing threat with its nuclear weapons, cyber warfare, and missile program. North Korea only becomes truly a significant threat if China continues to back the nation with military equipment and economic support. The truth is America is slowly losing its superpower status, and the world is becoming multipolar. The American military can’t suppress enemies in the world like back in the 1990s.

The Chinese are becoming a strong opponent everyday. The South China Sea was annex without no repercussions, which gave the Chinese government confidence. The fact that they are a member of the United Nations and have veto power against other nations increases their confidence. The Russians have the same benefit of being part of the United Nations and having veto power, which both countries can block against sanctions against North Korea, for example. In the event of major proxy wars across the globe, it would be hard to pass war crimes against these nations encase these conflicts occur. Already, the United States has claimed that the Assad regime has committed war crimes, but Russia has veto power to block any legislation against Syria. However, the United States has the same veto power at the United Nations, which they can do the same thing Russia and China would do encase the United States was involved in a war crime according to un.org.

The interesting fact about this is that if a global war would break out the United Nations would be a failure just like the league of nations during world war II. The league of nations was powerless against Hitler and Tojo. It appears at this time and moment we might be facing the same situation if world war III or a Cold War-style war would break out across the globe. This is why it is essential for all Americans to come together and become united, instead of being divided among political lines. These lines will only increase tensions and will escalate our downfall. As one general said, “it takes a nation to fight and win a war” according to armytimes.com. A nation divided doesn’t have the chance of winning. America isn’t becoming united, but our enemies are very united.

The North Korean people are so brainwashed that they are prepared to fight a war with the United States at any time. China is becoming more nationalist, which the Chinese people are proud of their nation. They get into arguments that the South China Sea is theirs and not part of the international community or belong to any other nation. Russia is building its military up and is increasing propaganda to educate their citizens to prepare for nuclear war. They are also telling their people to stock up on supplies. America is not doing any of this compared to these nations. On the other hand, Donald Trump is trying to unite the nation and make America strong once again.

Yes, president Trump is doing everything in his authority, and he has to push the Republican control Congress to make his agenda a reality. Trump was successful in tax reform; the stock market has grown, jobs increasing in the economy, putting America first making foreign nations realize times have changed under his Administration, and there is probably more success he has had. However, the democratic party is not working with the Republican Party to help fix DACA, funding for the wall, help with changing the laws to improve immigration enforcement, fixing the high deficit, and decreasing spending, which both parties can be blamed. As a result, not solving issues inside the nation will only lead to a decay of the United States. On the other hand, the Trump Administration is trying hard to ensure America does not decay inside the nation and outside the nation, so there is hope America will retain its superpower status.

In the end, if the Trump Administration is successful, that means America is successful. America will come back and will be great again and respected across the globe. The hope is that during his second term people of all backgrounds will realize what he is trying to do is make America the number 1 superpower in the world with the strongest military and economy.

Disclaimer: The views and opinions expressed in this article are those of the authors and do not necessarily reflect the official policy or position of any agency.
1.http://www.un.org/en/sc/meetings/voting.shtml
2.https://www.armytimes.com/news/your-army/2017/07/27/milley-future-wars-will-be-long-theyll-be-fought-on-the-ground-and-spec-ops-wont-save-us/
3.http://upfrontpolitics.com/the-chinese-peaceful-rise-to-power/