Does Iran Want War With US 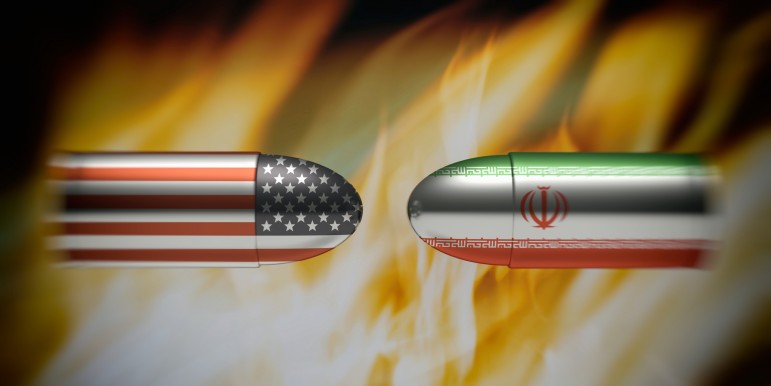 Russia, China, North Korea, Venezuela, and especially Iran are testing the Trump Administration. Recently, Iran is suspected of attacking two oil tankers and is guilty of shooting down a US Spy Drone. However, Iran denies that it committed the attack on oil tankers. The biggest question does Iran want war with the United States, and why does it think it will win.

The Iranians have the will to fight compared to the United States. For decades the United States has been invading countries in the Middle East close to the Iranian homeland. Iranian proxies have been fighting US allies or in some cases, Iranian proxies attacked US troops. The people of Iran and its leadership are prepared to fight to the death because they have experience death from so many US invasions in the Middle East.

However, the American people are tired of war and primarily Middle Eastern Wars. They will question why can’t Saudi Arabia fight Iran. From a mental point of view, the Iranian people and leadership are prepared to fight. While American leadership might be prepared, the people are not prepared. If war does break out, then the United States has 90 days and with a low death rate to win.

On the other hand, Iran needs to last longer than 90 days and increase the death rate to win the war, but a political win to turn Americans against the war with Iran. The way Americans can increase the chances of winning a war with Iran politically is to educate the people, but establish a mindset of war such as buy guns, ammo, food, water, generator, bunkers, what should you do encase of a cyber attack, EMP attack, and economic warfare. Of course, it can help to establish a mindset If there is future conflicts with China and Russia.

Second, Iran wants the destruction of oil facilities close to its homeland, such as Saudi Arabia, Qatar, and Kuwait. Cutting off the Strait of Hormuz. Many nations receive oil from Iran, but also Middle Eastern countries have to pass the Strait of Hormuz to sell their oil. As a result, these actions could create hate towards the United States because it left the Iran deal. Iran was complying with the agreement. So from an information campaign point of view, the Iranians will try to turn allies and the world against America.

The American counter to the information campaign is to show that the Iran deal was not good enough; however, it is a difficult case to make when mostly every country still supports the Iran deal. As a result, If the Iranian- American war continues will allies stop supporting US efforts to help America or will not support a coalition because of economic hardship from the lack of oil? Maybe that’s what Iran is betting on.

Third, Iran has seen Russian military success against America and NATO. Ukraine tried to gain NATO membership, but Russia invaded Eastern Ukraine and annexed Crimea. As a result, NATO membership was not granted. In 2008 Georgia was invaded by Russia to prevent NATO membership, and the Russians were successful. The Obama Administration wanted to remove Assad from power, but Russia stepped in and prevented the United States from removing Assad. In Venezuela, America has been trying to remove Maduro from power, but Russia step in, and Maduro is still currently in power. In Afghanistan, America is losing the conflict because the Taliban controls 50 percent of the country and is trying to gain more control. There are reports that the Russians are supporting the Taliban by supplying small arms and night vision.

The Russians are having military success, and Iran sees it, which could be increasing their confidence to start a military conflict with America. China and Russia are supporting Iran, which means China and Russia might make military moves at the same time, while Iran is being invaded. Iran is also protected from a nuclear attack from the US because Russian and Chinese nuclear weapons can attack the US homeland. Meaning America won’t nuke Iran because Russia or China can nuke America. Basically, canceling nuclear warfare, which means conventional warfare in Iran. China would be hurt economically because of the oil sanctions imposed on Iran, but if a conflict between Iran and America breaks into a full war, then China will buy its oil from Russia.

In the end, Iran is betting that If it can last a long term war with the United States, it will win the war because the American people won’t support the war. If it can destroy oil facilities, and pipelines, the Iranians will use its information campaign to blame the United States for the conflict in the hope of turning allies and the world against the United States. Its seen Russian military success against America and might have some confidence. America needs to prepare people for conflict. Set in a mindset of war and preparation for war, If not, then America will start to be tested all over the world with increasing wars that will threaten US interest. Iran wants to win the political war against America.