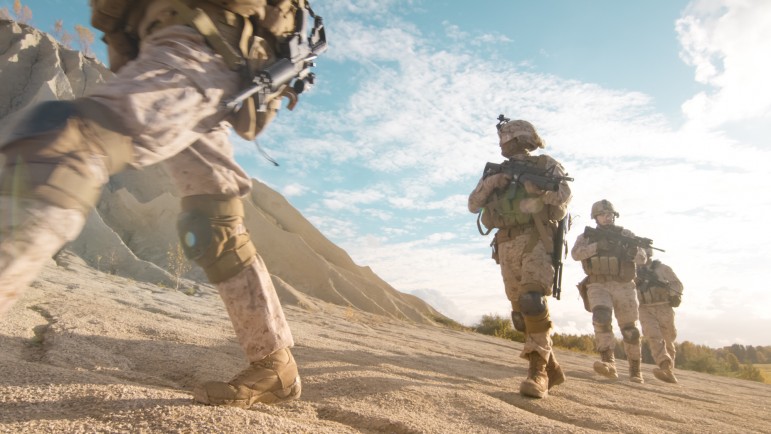 Their have been increasing tensions with Iran and Venezuela. Recently, a Venezuelan SU-30 Flanker-C fighter jet intercepted a US military aircraft, Iran seized an oil tanker from Britain, and has detained 17 suspected CIA Agents. The war has not started yet, but will it start after the election no matter who is voted into office?

A two front war one being fought in the Middle East and the other being fought in South America will be no easy task. China and Russia might invade countries, while the United States is fighting in Venezuela and Iran, which can make fighting many wars difficult.

The American people are not mentally, or physically prepared for conflict. For example, the Swedish government is giving its citizens booklets on what to do encase of an Russian invasion. Maybe the same type of program should be implemented in the United States. Second, will a draft be implemented to combat Iran and Venezuela. The last time the draft was used was in the Vietnam War. Currently, men between the ages of 18-25 are eligible for the draft. These men might be called upon because of the large number of citizen soldiers in Venezuela.

The same can go for Iran, however, they will be more difficult combat because they can receive military support from Russia and China with advance military equipment. Unlike, Venezuela where allies are far, Iran has its allies close to receive support. The United States will win a conversational war, but it will be bloody. Next the Iranians will switch to guerrilla warfare because the environment goes in favor of Iran. Most of Iran is mountains, where the United States has had difficulty fighting the Taliban in Afghanistan.

In the end, If wars are not won quickly in Venezuela and Iran, then will a draft be needed to have enough manpower to fight a long term guerrilla war. Is the country going to be mentally and physically prepared for conflict? Can fighting on two fronts one war in South America another in the Middle East create more wars if Russia and China want to invade countries to increase their global influence, let’s hope for diplomacy instead of conflict.