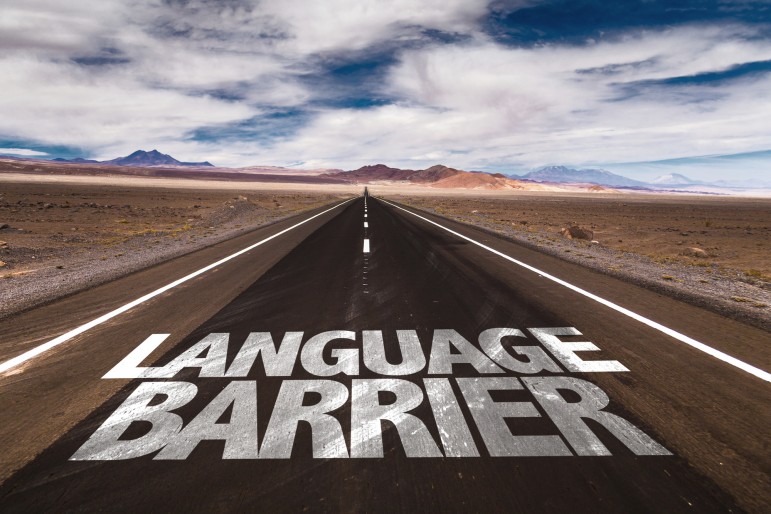 The United States is a diverse country with many different ethnic groups, colors, and nationalities. These different groups of people can bring great benefit to the United States as well as problems. The language barrier is an issue for everyday American citizens as well as law enforcement. I will be discussing why there are communication issues between people who speak different languages, how it affects American society, and how law enforcement can help solve the issues.

In the United States, the majority of American citizens speak English as their native language. English has been the main language spoken since the foundation of the nation in when America declared its independence in 1776. In the United States Constitution, there is no written statement recognizing English as the official language of nation. English has been the primary language spoken in America throughout the centuries, however, increase levels of illegal immigration is making America diverse in foreign languages. As a result, many people in the country speak different languages, which causes communication issues within the United States. If an individual wants to become a United States citizen, then he or she must follow the legal process, which includes English classes.

However, undocumented aliens living inside the country have been increasing. These illegal aliens will create difficulties in communication between law enforcement, an American citizen, schools, and businesses. It is estimated that 22 million illegal immigrants are living inside the country from all the world. As a result, these people do not assimilate to American society or learn the language. For example, there is little Mexico, Italy, and Taiwan cities inside the United States that do not assimilate or speak English. It means these communities are segregated from the rest of America. It will in most cases create problems because of the lack of communication, delays in providing services to individuals who speak a different language, distrust among community and law enforcement, as well not understanding the culture even though these people live inside the United States (Scamman). The failure to assimilate people and teach them English can be blamed on the Congress and the Federal government. It is the duty of the federal government to enforce immigration according to the constitution.

The Federal government needs to enforce immigration law at all ports of entry. As well, within the country to ensure the safety of the public. The Congress should make the official language of the United States English as long with strong immigration laws for violating immigration law. The hope is harsh penalties will make people not come into the country illegally, but legally. As a result, having new legal immigrants coming into the country will be assimilated as well speak English. For example, if these changes do happen, then over time the society will become safer for all American citizens and law enforcement in all communities. These new immigrants will know the history of the constitution, American history, language, and physical jesters how to act with American citizens in public. It starts at the federal level to solve the language barriers on the state and local level. The federal government must solve the issue, so the states and local governments can solve the language barrier.

When it comes to law enforcement on the local level, they will be dealing with people who are assimilated and speak English. Of course, with time the hope is it will reduce tension, increase communication, and reduce cost. The reduction in tension will help law enforcement and community come together to solve crimes. The communication will allow the police to solve crime, issues, and disputes at a faster pace. The community will benefit because everyone can speak the same language, understand physical jesters, and facial expresses. The understanding of communication will create less problems among people, so law enforcement is not call on so often. The community will benefit from spending less tax money on law enforcement, and police departments would save taxpayers money as well. For example, using local tax money to pay for many different translators to speak different languages is a waste of taxpayer money for failure in efficiency by the government. Paying money to pay for software programs can also cost taxpayers a lot of money as well. On the other hand, having a small staff of translators makes sense, but it should be limited because the citizens of the nation knows english.

In the end, the federal, state, and local governments are affected by language barriers. As a result, it can create inefficiency in government to solve issues and problems in American society. These language barriers can cause tension among people living inside communities across the United States. The federal government must solve immigration, so all people come in legally. People coming in legally will be assimilated and know English. Once the federal government solves the issues, then states and local governments will benefit from people who are assimilated and speak English. Law enforcement and the community will be able to solve the crime because of a better understanding of communication, reduction tensions between police and community, and reduce cost by reducing police calls and translators.