Legal Prostitution In The United States 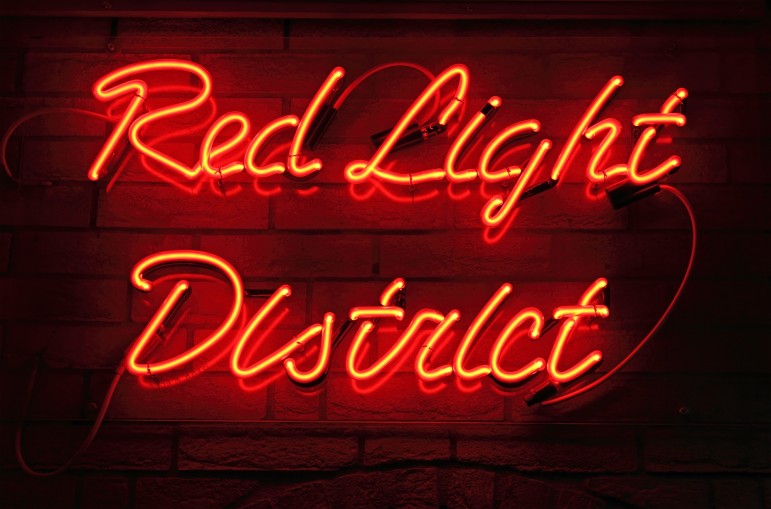 An examination of the statistics of the state of Rhode Island during the time prostitution was legal, found that rape dropped thirty-one percent and gonorrhea dropped by thirty-nine percent. These figures showed how having a legal prostitution industry cuts venereal disease, and also crime. A similar effect has taken place in the state of Nevada. There has not been one case of a sexually transmitted disease in any of the legal brothels in Nevada. Domestic violence, crime, and sexual disease are much lower in counties where prostitution is legal compared to the cities where prostitution is illegal, such as Las Vegas.

The reason behind such low numbers of sexual diseases is because brothels have to follow laws and policies to prevent sexually transmitted infections. These brothels make every sex worker take an HIV test every month, STD test every week, wear a condom for every sexual act, and avoid kissing. In the United States in 2008, the Center of Disease Control (CDC) found that 110 million Americans contracted an STD, costing the nation fifteen billion dollars. Another statistic found that, compared to the Dutch nine out of ten wore a condom the first time the Dutch had sex, while seven out of ten Americans did not. In 2015, twenty million Americans contracted an STD. The highest rate of infection is between the ages of fifteen and twenty-four. However, there have been significant increases in HIV in Atlanta, Georgia, and Florida. Some experts, say because HIV is no longer a death sentence, people do not wear protection, and they might take HIV prevention pills such as Pre-exposure prophylaxis (CDC). However, these pills have been shown to fail in some situations to prevent HIV.

Another factor in legalized prostitution is that law enforcement protects these sex workers, as compared to illegal prostitution. This legal protection increases their safety, and also the community they live in because if someone tries to commit harm to them, the person will go to jail and other citizens will be safe. On the street, an illegal prostitute doesn’t have the same protection because what they are doing is illegal. The prostitute can’t run to the police, or she or he will go to jail too. The community will benefit from the tax money, jobs such as sex worker, bartender, security guard, lawyer, compliance officer, and nursing to test for HIV. The other benefit is less sexual diseases and crime. The community will see economic benefits, health benefits, and a reduction in crime if prostitution becomes entirely legal.

For this reason, most experts advocate making prostitution legal. The United Nations did a study on the decriminalization and legalization of prostitution and found that legalizing it would cut down on HIV and Aids. They also saw that STDs would drop drastically. The United Nations also found that women would be protected under the law and would receive more health benefits compared to being illegal. When the United Nations and educated European countries promote a legal sex industry, Americans must wonder why we haven’t taken the same steps. Most people forget why prostitution became illegal in the first place. It became unlawful because of the women’s Christian movement of 1915. Before 1915, prostitution was pretty much entirely legal in the United States. This organization campaigned to make it illegal because prostitution didn’t follow Christian values and customs. For example, people feel from a moral point of view, it is immoral and degrading to women, it goes against the Christian belief system, and it could cut profits from law enforcement and pharmaceutical companies.If people engage in safer sex, it cuts down on sexual diseases, and also depression. Fewer people taking antidepressants pills and fewer drugs to treat sexual disease because fewer people are becoming sick, which takes away health issues and profits. Sex will also make people excise, making people more fit. As a result, it cuts into profits of pharmaceutical drugs. When it comes to law enforcement, fewer people would be incarcerated if it was legal. Sixty-thousand people get locked up for prostitution every year, costing taxpayers two hundred million dollars every year. Prostitution reduces other crimes such as stalking, sexual harassment, rape, and other violent sexual crimes. It could be mean less hiring of police officers and smaller police budgets.

This is why prostitution should become legal, to prevent the spread of sexual diseases, crime, and grow economic wealth. Having legal prostitution cuts crimes such as domestic violence, rape, and assault. Some experts, suggest that having sex with a prostitute reduces tension, stress, sexual suppression, and decrease violence. However, others say it does nothing to stop the domestic violence because every relationship is different. When we examine statistics of legal prostitution, it does show a decrease in crime. It also cuts down on health issues such as stress, and depression. Studies have shown that sex is a form of exercise and a stress reliever. The more sex you have, because you’re working out, the less health issues.The Nevada prostitution industry is worth fifty million dollars but can expand if it becomes entirely legal. It Provides jobs such as compliance officer, prostitute, bartender, security, lawyers, and other economic opportunities. The other factor is that it also cuts down on sexual diseases. Legal prostitution is a business, which provides a service. Knowing that every sex worker is being checked on a regular basis for HIV, STDs, cuts down the number of sexual diseases. If the law changes society will benefit.