Syria VS The United States 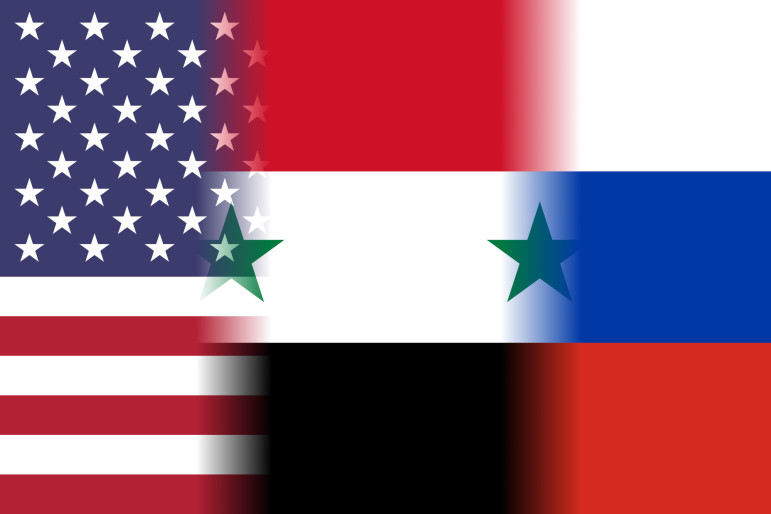 When comes to the chemical weapons attack on April 7, 2018, many people question why the Assad regime would conduct an attack that could bring the international community against him. The United States was thinking of pulling out, but then Assad conducts a chemical weapons attack. It doesn’t make sense why he would take a risky operation. However, it makes more sense that terrorist would conduct this attack to bring the international community together against Assad and give the United States a reason to stay in Syria. Now, with America threatening military action, how would this benefit the United States.

Well, the fact that there will be allies such as Britain and France joining in the military campaign against Syria. If America can remove Assad and their Russian ally it would benefit the United States significantly. America can put into power a pro-western leader, which will be able to cut off the Russian naval from the Mediterranean Sea. It will also give more security for Israel against Iranian influence in Syria. Third, it could allow shipment of oil and natural gas through Syria to supply NATO nations and limited their dependence on Russia for energy. As a result, American military action can be very beneficial if everything is successful. On the other hand, Russia is not going to give up Syria easily.

Russia has too much to lose if they lose Syria. Syria has a Russian naval base called Tartus to refuel ships, which helps them venture the Mediterranean and into the Atlantic Ocean. By keeping Syria in Russian hands, it will eliminate any new pipelines, or energy coming from Middle Eastern countries through Syria. It will also keep middle eastern influence in the region for Russia except for Iran. However, Russia is in a challenging position, unlike the United States.

The Russian access to the Mediterranean Sea can be cut off by Turkey a NATO ally. However, that depends on the fact that if Turkey wants to make that decision. Turkey has been increasing closer ties to Russia because of the economic relationship such as tourism, and the fact that Turkey hates the YPG and PKK, which are terrorist organizations according to the Turkish government. The United States is supporting the Kurds, which Turkey disapproves.Turkey can be the primary decision making if a major war breaks out.

Turkey can cut off Russian supplies by cutting access to the Sea of Marmara, Aegean Sea, and the Mediterranean Sea, but keeping access open will allow Russia to help supply Syria by ship. On the other hand, Russia can supply its troops and Syria in the air by dropping supplies. These are the two significant ways Russia can supply there military and help supply the Syrian government. Eliminating access to the Mediterranean Sea will make it very difficult for Russia to supply in a major conflict by ship. American influence also surrounds Syria. Israel, Iraq, and Turkey have us troops station or allies.The Russians only hope to call on allies such as Syria, Iran, and maybe China.

In the end, the United States has a high chance of taking over Syria and removing it from Russian hands giving the United States more power and strength in the region. The Russians will have a difficult time defending Syria if Turkey cuts access to the Sea of Marmara, Aegean Sea, and the Mediterranean Sea. Russian hope is to call on allies for support to ensure they keep Syria. The world is watching to see what is going to happen to Syria shortly.