The Real Reason Why America Is In Syria 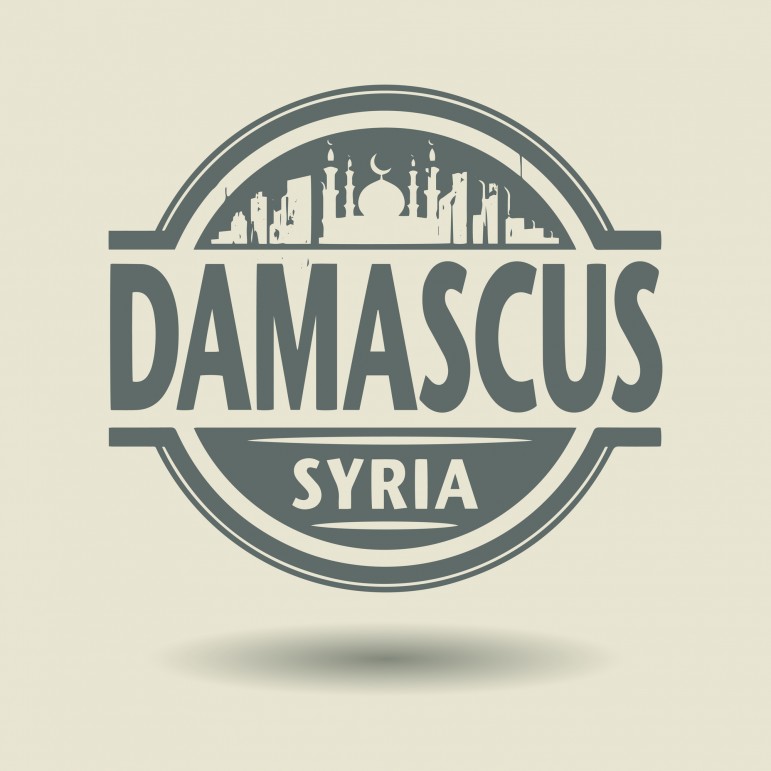 On March 11, 2011, the Syrian conflict started and has been waging for more than seven years, killing hundreds of thousands of people. The current estimate of people killed in the conflict is above 470,000. Many actors in the conflict are pushing their strategic military agenda. These nations include the United States, Russia, Iran, Syria, Turkey, and a background on their entry into the conflict will help people understand what is at stake.

When it comes to American foreign policy, the agenda is to remove Assad from power and to stay inside the country to counter Iran’s future influence once ISIS has collapsed. America believes Iran’s influence, so close to Israel will cause an increase in terrorism, against Israel. The United States wants to remove Assad because it is believed that President Assad has used chemical weapons to kill his people, which violates international law. This would make him a war criminal, which, is why the United States feels he should be removed from power. The Obama Administration in 2013 made a deal with Assad and Russia to remove all chemical weapons from Syria. Some reports have suggested that Assad has used chemical weapons to kill his people, but usually, Assad and Russia blame terrorists because Assad does not have full control over his nation. However, the Syrian government and its Russian ally believe that the United States has violated international law by being in Syria illegally.

The Russian government has called out the United States because America did not receive permission from the Syrian government or the United Nations to be inside the nation, while Russia did receive approval from Damascus. The Russian government is there to ensure that its two military bases are protected in Syrian territory. These two military bases are Tartus and Khmeimim. Tartus is a naval base, while Khmeimim is an Air Base. These bases are strategic for Russia to enter the Mediterranean Sea. It is essential for Russia to hold on to these two bases as it is the only way to enter the Mediterranean Sea all year round because the water is warm. If they lose these bases, then they will have to go through the Arctic, which is frozen of different times of the year. The next goal is to keep the Syrian government in power to ensure that Russian influence is held in the Middle East. This influence allows them to keep a steady foothold, without it Russia will only have Iran as a ally.

On the other hand, America can destroy Russian influence by removing Assad from power. Some foreign policy experts suggest that if Assad is removed from power, America will put someone in authority, such as a pro-western leader. This would not only eliminate a Russian ally, but also destroy Russian influence in the region and it would lose its two bases. It would in theory also blockade Russia to using the Black Sea because Turkey could cut off the entrance to the Bosporus Strait and the Marmara Sea. This will only happen if the alliances between Turkey and America become strong once again. By putting a leader who is pro-western, it allows America to send oil and natural gas to European nations. The oil will come from Saudi Arabia or Qatar. This is the real point why the United States is in Syria. It has nothing to do with protecting the Syrian people but spreading American influence throughout the Middle East.

Putting another base in a Middle Eastern country just like Iraq, Afghanistan, Saudi Arabia, Qatar, and, in the future, Syria will establish dominance in the region. It will also secure a future energy supply for NATO nations in order to not be dependent on Russia.

Currently, Russia dominates the energy market by being one of the world’s biggest exporters. Russia gives European nations about thirty-nine percent of their natural gas and oil. Germany buys about forty-nine percent of its energy from Russia. This means Russia is holding European nations hostage through controlling energy supplies. The United States would be able to change that if they remove Assad and destroy the monopoly Russia has over NATO. This will only happen if Russia, Iran, and Turkey don’t get its way.

Turkey invaded Syrian territory recently to fight against the Kurds. The Kurds are an ally of the United States, who are is helping to fight against ISIS. The problem is that Turkey considers the Kurds a terrorist organization. The two groups are the YPG and PKK. America has about two thousand soldiers stationed in Syria fighting, helping to train the Kurds, and supplying them with military equipment to combat ISIS, but Turkey’s involvement has complicated the alliance between two NATO nations.

There has been tension between Turkey and the United States since the failed coup attempt in 2016 to overthrow Recep Tayyip Erdogan from power. Erdogan believes Fethullah Gulen is behind the coup. However, the United States has found no evidence and has not extradited him to Turkey, which made Erdogan mad. On top of that, Americans are supplying the Kurds with American military equipment. These events have caused a strain in the relationship between the two nations. Many Americans see that the United States is now becoming stuck in another conflict in the Middle East. Americans are already tired of the last two wars, which are currently still being fought in Iraq and Afghanistan. The increase in blood and treasure makes Americans question why we are still fighting in Syria when ISIS is nearly defeated. However, the situation in Syria is very complicated and has more to do with than simply fighting terrorism. Some of the population feel scared that World War III might start because so many powers are engaged in the conflict. They have the right to be scared because some American forces are already fighting against Russian mercenaries.

On February 7, 2018, it is estimated that 300 Russian mercenaries were killed in a US air strike. Other reports put the figure at two-hundred, or one-hundred killed by the strike. The Russian government has set the number at a couple of dozens citizens, not military personnel killed by the strike. It is believed that the Russian government is using mercenaries because it is a smart way of keeping the death rate low. If a soldier is killed, it has to be reported, but hiring private contractors means that they do not have to report them as a military death. In this way, they keep the body counts low. This also allows Russia to attempt a attack on a American military base to test the response of an offensive capabilities by the Americans. On the other hand, the Russian government claims they didn’t know about the attack because they were not part of the military. This event has caused considerable anxiety because this is how war is starts between two nations.

This was the first time in Syria when American troops had to engage with Russian mercenary forces. Another was when Turkey, which is part of the NATO alliance, shot down a Russian jet when the Russian jet flew in Turkey’s airspace. Of course, Russia denied this claim. However, these two events could be a significant cause for war between great powers.

Turkey paid the price by getting sanctions from Russia. The Russian government banned their people from vacationing in Turkey, costing the nation billions of dollars.The economy of Turkey lost about three billion dollars from the lack of Russian tourism. Some wonder what Russia will do to America for this act on his mercenaries. Some believe Putin will retaliate, or Russia will do nothing because the mercenaries were not part of the military. Only time will tell if Syria will explode into a more significant conflict with more powers vs. powers.

The United States is in a complicated position when it comes to the Syrian crises. Another major war will only increase our deficit, while others believe that staying in Syria will give America more influence and power. We are going to see what the current administration will do when it comes to the Syrian war, either we are going deep into conflict or leaving entirely.