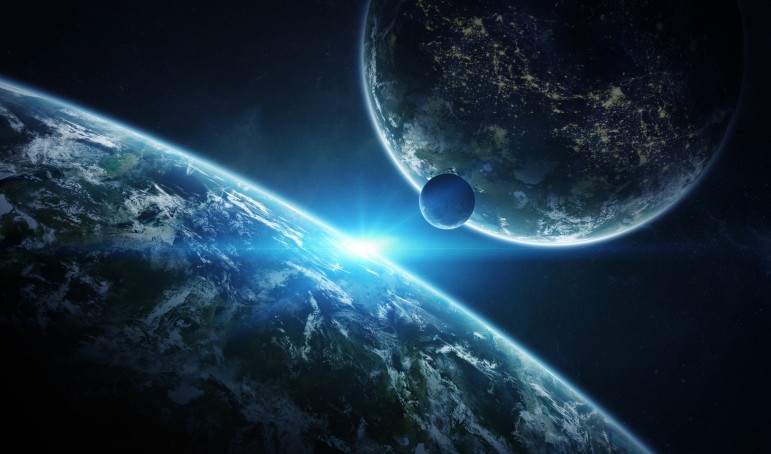 The Space Force will officially start August 29, 2019. The creation of the space force will counter Chinese and Russian space capabilities. Chinese space weapons and technology are becoming an increasing threat to the US Homeland, but also across the globe.However, is the Space Force to combat China or another threat like aliens.

Yes, the Chinese military is expanding globally by expanding Chinese military bases. For example, the South China Sea, Djibouti, Cambodia, Afghanistan, and a growing number of new Chinese bases are being constructed globally. Their tactic is to create bad trade deals with a country, then put them in debt. As a result, the nation can’t repay their debt, so they settle for a Chinese military base.China has strong cyber capabilities, which is some of the best in the world. It is estimated that China steals about $300 billions year by taking intellectual property.

They also can cause massive damage to the financial sector, power grid, and other targets with their cyber capabilities. The third threat is their ability to spy. They are taking information from universities or government agencies to steal technology to build their military industrial complex. The Fourth threat is their military, which is estimated to spending 180 billion dollars, or more, but the true number is unknown. China also has a high population of 1.4 billion people, which means they have the manpower to fight for long periods. Including their growing space capabilities to destroy US satellites with missiles, lasers, and growing number of Chinese missions to reach the Moon. China is the second biggest economy, but others put it their economy at number 1, which is a threat to America.

The Chinese threat is growing and will continue to threaten US interest globally and in space. However, the Chinese haven’t fought a war since Vietnam and lacks combat experience. These weapons systems have not been tested in a real combat scenario. The United States has 800 US bases, spend 700 billion dollars on the military, and has combat experience.

However, the United States has a loss of significant conflicts since Vietnam, Afghanistan, and struggling to keep its influence in Iraq. America is economically still the number 1 economy, but others put it at number 2. It is a smart strategy for the United States to start a trade war to stay number 1, cut off wealth from China by sanctioning countries like Venezuela and Iran to cut off oil supplies to hurt the Chinese economy. The Trump Administration is continuing to increase military spending along with its allies. The Space Force is to ensure America will be dominant in space against a growing Chinese economic and military power. It makes sense for the United States to build the Space Force to counter the Chinese threat.

Can the Space Force also be used to counter an Alien threat? Recently, the Pentagon released footage of a UFO aircraft flying in 2004. Some experts speculate that it might be US technology to use for propaganda reasons, or an actual alien presence on Earth. A lot of religious experts point to the Bible that God will come back to Each to fight the Devil. Signs are 666, or electronic money and no more physical money, a computer chip in hand, or head to allow an individual to purchase items. Bible experts see signs of the destruction of the planet’s environment, some point to the acceptance of homosexuality, and the rumors of war such as World War III Russia, China, and America. Of course, the Space Force can be used; for expansion of the human race into space, other experts point to the fact that is smart policy to expand into space.

If the Earth is destroyed, then man can survive on Mars, or other planets. It will also create economic wealth for man to expand new industries into space. If there is an alien race, then it’s good to have a Space Force that can expand deeper into space and create colonies to spot dangerous aliens beings. Just like how America has 800 US bases, well do the space for space. One colony for every Moon on different planets in our solar system to create a perimeter of defense. At the same time, developing technology such as new SpaceShips, space equipment for troops, human cloning program, weapons, robotics, and along with other technology such as medical. Satellites should be put in orbit on ever Moon and planet in our solar system to watch over these planets, but also satellites that lookout beyond those planets and Moons.