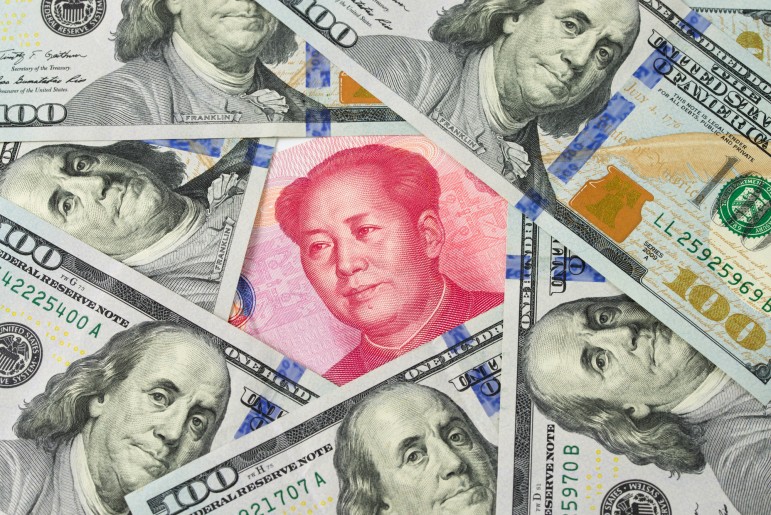 The Trump Administration is making the right decision to fight for better trade deals. China and the European Union have significantly benefited from our nation’s wealth. Especially the Chinese who are trying to undermine the United States globally. The military strategy conducted by China is to destroy America by destroying our economy by creating significant trade deficits. However, there strategy might be coming to an end, with president Trump in office. If the Trump Administration can create a path where companies can make American made products, then the Chinese can no longer be conducting a campaign of using trade deals to undermine the United States and might have to switch to a military approach to getting what it wants.

China has been using American wealth to build there economy and military. The Chinese economy is ranked as the second biggest and the Chinese military is ranked as the second biggest military spender. Of course, the United States is number one in both categories. The economic strategy conducted by China has succeeded in creating massive deficits to benefit China. China has been using its economic influence to help build international support and trade deals, especially in Africa to undermine the United States. In the hope that African nations will leave American support and ally with China. The Chinese strategy was to use its economic influence to replace America without going to war against America Sun Tzu tactic. These tactics conducted by China has had significant success against the United States by buying influence and helping to build the Chinese economy and military. However, as president Trump continues to fight for equal trade deals, China will start to lose the economic wealth needed to purchase influence globally, which might result the Chinese using military force.

The Chinese have already seized and annexed the South China Sea. There are reports that China might invade Taiwan in 2020. These future military campaigns can be the start of Asian nations being attack or invaded by China. Some experts, claim that China is only building its military for regional control and not global dominance. The goal of the Chinese is to remove the United States out of the region entirely. The only downside for the Chinese is that they lack military experience. The lack of military experience will hurt China if they start a military campaign in Asia. The American military has tons of military experience to compete against China. However, America V.S. China faces to face is unlikely because both sides possess nuclear weapons. The United States and China are more likely to fight proxy wars in Asia. For example, China might invade Taiwan, America will send supplies and economic support to Taiwan.

In the end, The trade war between the United States and China can stop the Chinese threat. Removing economic wealth from China can slow down its economic power to spread its influence. However, China might have planned for this type of situation and will use its military to achieve its goals. The downside they lack military experience, which means to the United States might have contained China with Trump’s leadership.