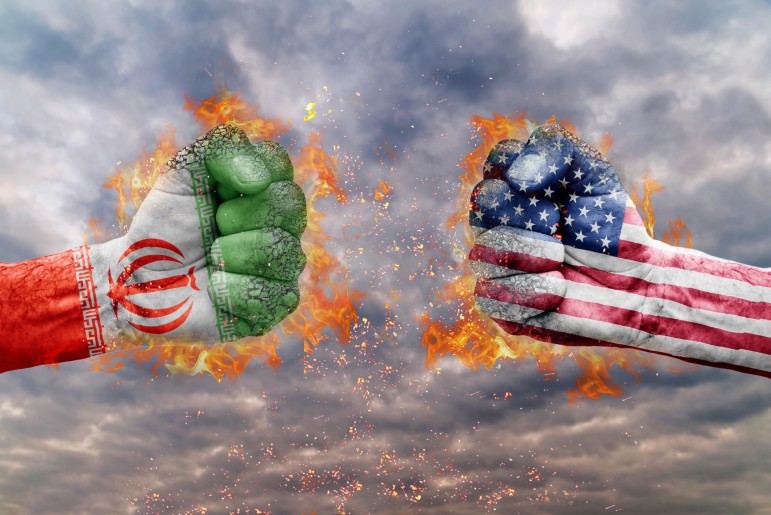 The threat of significant conflict in the 2020s is increasing by the day. Recently, Iran and America have been fighting with each other in the Middle East. North Korea has threatened America with a Christmas Gift and is installing a new strategic weapon. The biggest question does the United States has a plan for World War III.

The Iranian threat is one of the biggest threats facing the country. Already America is struggling to keep its foothold in the Middle East. The Afghanistan War is lost. The Iraq war is appearing to be a lost conflict as well. The United States failure to remove President Assad from Syria. The Iranians are seeing this pattern of defeat in the Middle East and are increasing their confidence that the United States does not have the stomach to fight. Iran has done naval exercises with China and Russia to build its support. The Chinese continue to buy oil from Iran, and recently Russia will not extend a weapons embargo against Iran. As a result, Iran will purchase new modern weapons from Russia. Iran has continued to expand its influence across the Middle East.

Combat Scenarios: Iran has the backing of Russia and China. If there is a war between America and Iran, then China and Russia will support Iran. America might have Saudi Arabia and Israel to combat Iran. However, Saudi Arabia is a weak ally because they are losing the war in Yemen and can be easily defeated if Iran attacks its oil fields in Saudi Arabia. As a result, the Saudi Arabian economy will be severely damaged.

On the other hand, Israel will help to support an American invasion of Iran or to engage in combat with Iran. One of the critical questions that need to be asked is Iran planning to start a conflict with America because it has Chinese and Russian support. Does Iran want to make America drain its resources, troops, supplies, and political support for the war? The Chinese and Russians might take advantage of the situation by launching an invasion of their own, while America is fighting Iran.

However, at the same time, while America is fighting Iran, North Korea is invading South Korea, which can overstretch American resources. It can also mean China can invade Taiwan, and Russia can invade the rest of Ukraine. It is essential to be prepared for all of these conflicts at the same time.

A North Korean and Iranian War at the same time can seriously threaten the United States when it comes to manpower, resources, and treasure. With the prospect of a Russian and Chinese War.

The United States needs a World War III plan. For example, it can be the conscription of all men into the military when they reach the age of 18. One year of the mandatory military service can cut costs because the individual is a conscript. Second, in encase of a daft or global conflict, there would already be men trained and prepared for war. Third, preparing the population for conflict is essential to create an environment where people know what to do in case of a cyberattack, EMP attack, and stocking on supplies. Forth, enacting fitness standards for all men between the ages of 19-25. As a result, keeping men healthy between the ages 19-25 ensures that if they are called for war, they are fit for service.

Having strong immigration laws on the books is key to stopping spies, terrorism, and unauthorizes individuals entering the nation. Passing policies that all military products are all made in the United States. Updating the power grid for massive cyberattacks on the homeland and other infrastructure.

In the end, the world is starting to become a more multipolar world. As the American empire becomes approached by China, Russia, North Korea, and Iran, the chances of conflict increases. It is essential to prepare society for conflict and enact policies that best will defend the nation. Let’s hope there is no conflict, but better being prepared, then not being ready.