Is The United States Prepared For Many Wars In the 2020s 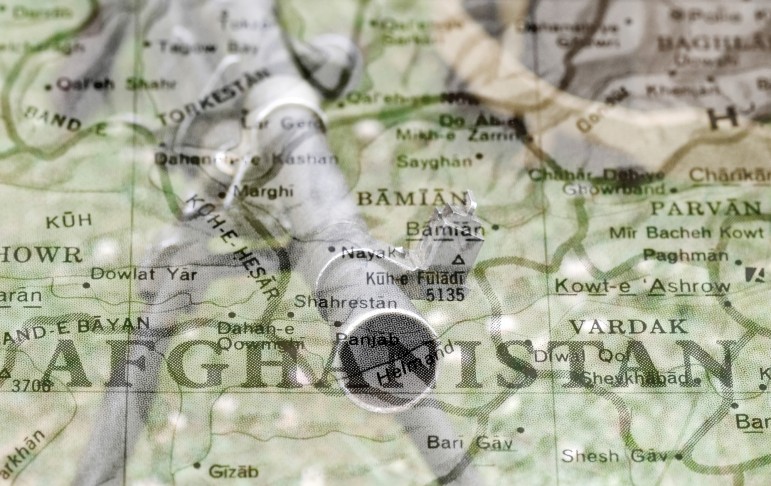 The United is facing many foreign policy challenges. For example, the Chinese are expanding into the South China Sea, East China Sea, and making threats to invade Taiwan. Russia is expanding its influence globally by invading Ukraine, Georgia, and fighting Syria. At the same time supporting the Venezuelan ally. The Middle East is starting to become more violent since the Iraq war ended in 2011. The United States is losing influence in the Middle East by the day. Yemen is fighting with Saudi Arabia, and America is fighting in Syria and Afghanistan. Iraq is starting to push out American influence. America might be losing control of the Middle East. The main issues will the United States be prepared for an increase in wars and economic pain?

The State Of Conflict And Violence In Asia

With so many conflicts currently happening, it would make sense that in the near future there will be more wars. The 2020s might be a bloody decade with many conflicts. For example, China might invade Myanmar, or expand its influence to secure its supply lines. China might invade Taiwan, and if successful, then American allies will be threatened. It means China will have control of the South China Sea, East China Sea, and Taiwan. Maybe in the future, China might occupy South Korea and Japan. Of course, the invasion of Japan and South Korea is just speculation. However, if there is war in Asia, then the United States might be drawn into the conflict since South Korea and Japan are US allies.

Russia might invade the rest of Ukraine. As a result, there would be an increase in Ukrainian Refugees costing the EU billions of dollars to house them. While at the same time, Russia is using Ukraine as a buffer zone to defend from NATO expansion. Other conflicts Russia might be in is the complete invasion of Georgia, Finland, and Sweden. For Russia, it would create a defensive perimeter around Russia. The United States will counter back by increasing the number of troops and resources that will be sent to European countries.

The United States appears to be losing in the Middle East. Afghanistan is already a lost war, which will help Iran because there will be less US bases close to its border. Iranian influence is spreading in Iraq, which might push US forces out of Iraq. America has appeared to lose the war in Syria and will continue that path in the near future. Russia, Iran, and Syria have secured Syria, and president Assad is mostly likely to stay in power along with his government.

Iran is starting to be more aggressive towards the United States. The reason for this aggression is because recently, America passed sanctions on Iran to shut down its oil exports to zero. The Trump Administration feels that the Iranian nuclear deal failed to stop Iran’s nuclear and missile weapons program. Iran has also increased its proxy forces across the Middle East, threatening US influence in the region. With Iran increasing its power in Iraq, Syria, Yemen, and Gaza, American dominance is being challenged. If America invades the Iranian homeland, then America will destroy these proxy forces, which will help ensure US interest in the Middle East. On the other hand, if America loses a war with Iran, then Iranian influence and its allies will spread its influence and will combat US interest.

The United States is sanctioning the nation of Venezuela because President Maduro is still in power. The United States wants regime change to install Juan Guaido. The Maduro regime is allied with Russia and China. Russia is constructing a military base in Venezuela and is supplying Venezuela with Russian weapons. China is buying oil and has strong economic ties with Venezuela. If the United States does decide to invade the country, then they hope to remove Russian and Chinese influence, so close to the US homeland. Russia will no longer be able to sell weapons or have its base. China will lose supplies of oil and an economic trading partner.

On the other hand, if the United States loses the conflict in Venezuela, then Chinese and Russian influence will expand in the Western Hemisphere. The Russians, along with the Chinese, will continue its expansion of militarism and economic dominance to undermine the United States.

These wars will affect the economic situation in the United States since the world lives in a global economy. For example, the cost of food, gasoline, and other products can cost more, or be unavailable. If Japan is invaded, then cars, seafood, and other goods can be effected. The American people should be able to stock up on supplies.

In the end, the 2020s will see an increase in wars, especially among state actors. The United States interest in the Middle East will be tested. America will regain influence by invading Iran and winning, or lose control. China and Russia will continue to expand its global influence. Russia might complete its invasion of Ukraine, and conquer the whole nation, while China might invade Taiwan. The American people will feel the economic effects of these conflicts.