US Military Involvement In Syria Is Coming To An End 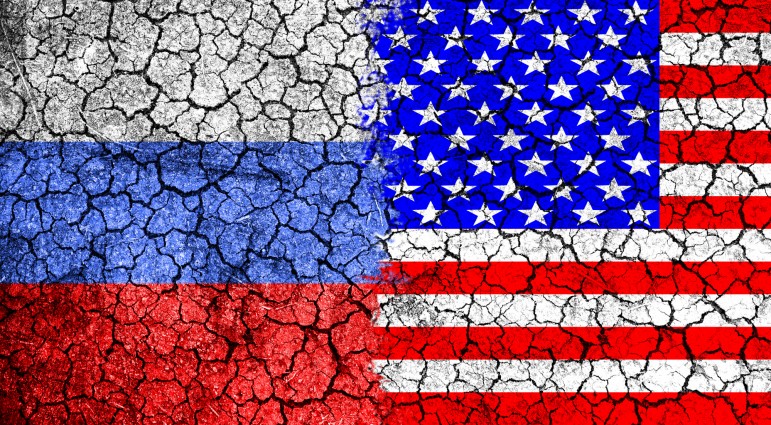 The United States involvement in the Syrian conflict is coming to an end. The Trump Administration announce Wednesday the withdraw of 2,000 troops stationed in the country. The withdraw is because ISIS has been mainly defeated with only small pockets of resisted left. As a result, Russia won the proxy war against America, which will limit US creditability in the Middle Eastern region, while both Russia and America defeated ISIS in the global fight against terrorism.

At the beginning of the Syrian conflict, the United States wanted to overthrow the Assad regime, while the Russian government wanted the Assad regime to stay in power. It appears the Russian government has won the proxy war against the United States because Assad will be staying power. As a result, the European Union will not be able to receive oil or natural gas from the Qatar. If the Syrian government had collapsed and the United States was able to put a pro-western leader in Syria, then the pipeline would help to reduce oil and natural gas imports from Russia. At the same time, Russia would also have lost an ally in the region and losing critical military bases. Now, the European will have to still rely on Russian energy to maintain their economies. However, the fact is America is leaving the Syrian conflict, and Russian creditability will be maintained.

The Russian government is not losing an ally. It is maintaining its military bases — the Russian military gain excellent combat experience from the battles against ISIS and other terrorist organization, which that experience might be used in the Ukrainian conflict in the near future. On the other hand, America was the aggressor in trying to remove Assad from power. America did not lose or gain from the Syrian conflict. Russia was defending an ally and had everything to lose if Assad had fallen.The Assad regime will create stability in Syria with Russian help.Terrorism will have a difficult time to flourish because the government is still intact under Assad rules. With the conflict ending between the superpower and great power, terrorist organizations suffered a significant blow from the United States and Russia.

The defeat of ISIS will help protect the world from dangerous terrorist attacks and is a warning to terrorist organizations who try to fight against America and Russia. America and Russia have both been suffering from terrorist attacks over the years. ISIS was a severe threat that the world needed to defeat and Russia and the United States manage to accomplish the objective of defeating this evil organization. It is like when America and the Soviet Union team up to defeat Germany during World War II making the world safer from fascism. Still, terrorist organization are planning to commit atrocities in different nations across the globe and need to be counted by countries that are willy to fight the global war on terrorism.

In the end, the Russian government will maintain its creditability in the Middle Eastern region, while the United States didn’t gain or loss, it will be not able to get its allies to build pipelines to supply the European Union. Russia will be the primary energy supplier for the European Union. Both Russia and the United States defeated ISIS, which will make the world a safer place to live. Let’s hope Russia and America can continue to work together as well as other nations to fight the global war on terrorism.