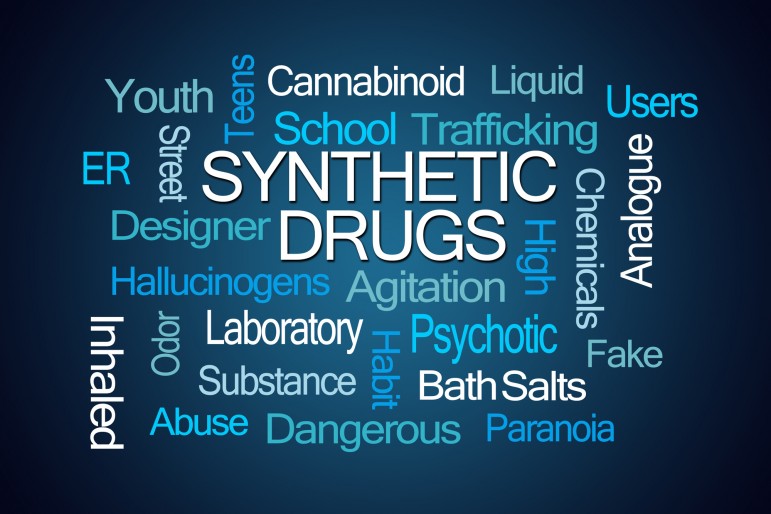 One of the newest and most dangerous drugs hitting the US market today is Bath Salts. Bath Salts are not a product in your bathroom, but a synthetic manufactured drug that people sniff to become intoxicated. One ingredient that is universal in bath salts is methylenedioxypyrovalerone (MDPV).There are many street names for this product, for example, Flakka, Zoom, White lighting, Vanilla Sky, Plant Fertilizer, and Stardust. Bath Salts have a short history, people take this drug due to weak families, despite the side effects of violence, and addiction, but there are solutions.

The Obama Administration in 2012 banned bath salts and the ingredient MDVP, and any chemicals in bath salts. Bath salts are now part of the Controlled Substances Act. Bath salts are a schedule I drug, which means it is a dangerous drug and cannot be sold anywhere legally inside the United States. It is also illegal to sell and possess the drug, which means you can be fined and will go to jail if found guilty. Still, there is an underground market for the product.

When bath salts were not illegal people would usually buy this product at small businesses. For example, these places that sold this product was at gas stations, smoke shops, convenience stores, and of course online. The bath salt bags usually cost twenty-dollars for each package that was always labeled “not for human consumption.” This clear warning was to legally protect the business from lawsuits if someone does get high from the product. They would not be held legally liable.

In each of the bags, they contained an amount of two-hundred to five-hundred milligrams of bath salt. When getting high off this product there isn’t just snorting it up your nose, but there are many other ways to get high. For example, people like to smoke it, others rub it around their rectal area, and in some cases, people injected into their bloodstream. The fastest way is to inject into your bloodstream or rubbing around your rectal to get an instant high. For an individual to feel the effects of the drug, they need about five to twenty milligrams in their system. The lasting impact of bath salts can be up to eight hours in some cases, but others have been four hours depending on how much an individual consumes. The product is developed in China, Pakistan, and India. These manufacturers then ship their product to the United States where the product is open for sale.

However, the Chinese, Pakistan, and the Indian government have stopped manufacturing the drug, which is great. On the other hand, drug dealers on the black market now make the product so that people can buy it on the street illegally. Amazedly, China was the most prominent producer of Flakka a company named Bo Peng. The Chinese government banned Flakke and another 115 synthetic drugs to be produced on Oct 1, 2014. This crackdown on Flakka by the Chinese government, and the United States government have been beneficial in trying to stop the production of Flakka, but drug dealers are always one step ahead of the law.

This drug has mostly been used in the state of Florida, but new evidence has shown that this drug is being transported to other states. Some of these states are Ohio, Tennessee, and Kentucky. In 2015, a total of twenty-nine Floridians died from Flakka in Broward County. The reason why people are choosing to take this drug is that it is cheaper than cocaine. The Flakka drug looks similar and appears like cocaine, but it is not. However, people still consume the drug anyway. When someone wholly ingests this drug, it causes many health issues, while high on the product.

There are many reasons why an individual would consume this drug, such as low self-esteem, lack of family values, and having no meaning in their life. Some experts suggest children do not learn how to stand up for themselves today. They get called names and can’t defend themselves and need someone else to defend them. As a result, that individual never builds any confidence in his or herself. Second, America has been suffering from a high divorce rate of fifty percent, which has caused families to suffer. This means kids do not have two parents in their household, which will cause social issues like disobedience. Finally, others point to the lack of god in today’s America. In the 1990s eighty-six percent of Americans believed in Christianity, while today it is seventy-five percent. Back in the 1970s and 1980s people went to church and knew their community. The masses had a bible, which influenced them how to live their life, and a path to follow. Many experts, claim these are some of the reasons why some people choose to do drugs today, and especially a drug as scary as Flakka.

The many effects when doing Flakka or bath salts, is zombie-like behavior, usually walking around naked with no clothes on, supernatural strength, always looking for a victim to attack, and foaming out the month. In many cases where people are attacked by a person high on Flakka, the drug user usually tries to eat their face, or assaults the individual by punching, choking, and biting. There was a high profile case in the state of Florida in 2011 where a homeless man’s face was bitten off by a person high on Flakka. The police tried stopping the man using non-lethal means. However, they had to shoot him four times to kill him. After the attack, the homeless man had no mouth, nose, and displayed bone coming out of the man’s forehead, showing how powerful and dangerous a drugged person can be to the public and police.

Normally, when the police are called, they try to use non-lethal means to subdue the suspect. One example was when an officer used his taser to put the individual on Bath Salts down, but failed in his attempt. There was another officer called to the scene with his taser gun, and, even though, the officers were both tasering him at the same time and the suspect did fall to the ground, he still tried to attack the officers. However, in some cases, as many as six officers have been called to stop one individual high on Flakka. These are severe cases that demonstrate how powerful and dangerous the drug is.

The problem is that like most synthetic drugs, the government may ban a chemical, like that used in Flakka, but the drug dealer somehow creates a new type of compound to replace the old chemical that was ban. As a result, the government is slow at responding and can’t do anything to prevent somebody from selling such as drug dealers, gas stations, and other stores. For example, all the bags being sold states “not for human consumption,” which legally protects the business owner from criminal and civil charges because the individual was warned. The government might ban the chemicals, which the owner of the business abides by the law, but a new bag arrives with a new type of ingredients. The system of making a profit over people’s health is more important. However, it is also a personal choice to consume a bag that that states “not for human consumption”. There is no sight that the drug will be going away anytime soon.
As long as there is weak or lost people in this world people will be drawn to this type of product. There is hope though by providing some solutions to battling drug addiction.

The best way to combat drug abuse is to build self-esteem and self-confidence internally into every individual. Maybe the best way is mandatory military service, which can create discipline, work ethic, and create an identity within an individual. A strong identity and a person who knows themselves might be the best way to counter Flakka, and also other drugs. Instead, of creating new laws that can be bypassed easily. It is important to create programs to build the individuals confidence or without it we will continue to see the issues of drug abuse and addiction facing the nation.

In the end, it is essential to combat this drug by providing information about the dangers and growing drug use of Flakka. Talking about the side effects, violent reactions, major health concerns about the drug, and ways to prevent the use of drugs. By educating the population on this topic, we have a better chance of saving lives. Also, understanding the signs when an individual is high on Flakka. Seeing a man or woman naked in the street might mean a person is high on Flakka and if you come close enough to that individual they might attack with severe aggression. I hope that the information provided will make you better aware of Flakka.