Should The War On Drugs End 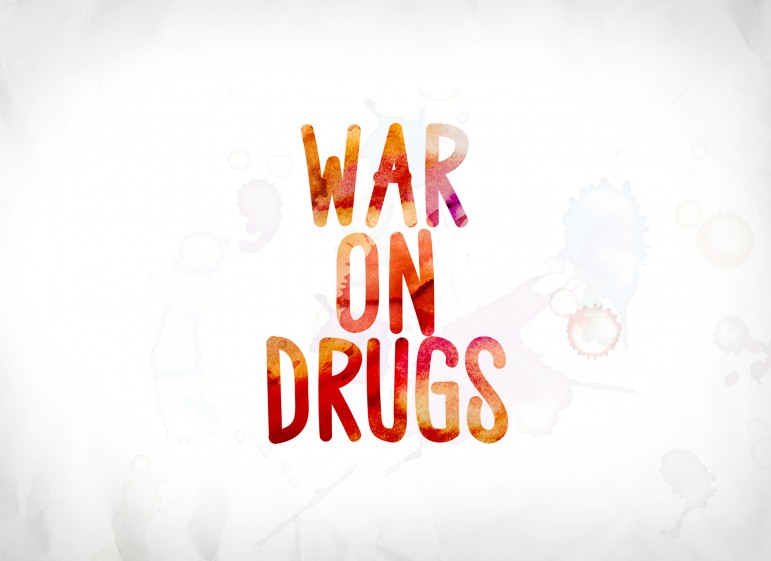 In the United States, states are starting to legalize marijuana. The hope is that legalizing marijuana would grow the economy, help with people’s medical issues, and reduce crime. However, marijuana is still illegal on the federal level under the Controlled Substance Act due to the war on drugs policy. The federal government should repeal the Controlled Substance Act, which will limit abuse from law enforcement and authority, but also focus on regulation of drugs, education, and healthcare to combat the issue of drug addiction.

When we examine the legalization of marijuana, there are solid statistics. For example, there are 700,000 Americans incarcerated every year in America for marijuana possession. However, since states have been legalizing the plant, the number of people being arrested has been decreasing. The state of California, Alaska, Maine, Colorado, Oregon, Nevada, District of Columbia, and Washington have legalized the plant for recreational use. It is estimated if marijuana became fully legal it would be a sixty to eighty billion dollar industry. This is the full-blown legalization of a drug; however, federal law makes marijuana illegal under the Control Substance Act.

The Controlled Substance Act was enacted into law during the 1970s under Richard Nixon. This act includes marijuana and other drugs such as cocaine, heroin, and LSD. Richard Nixon hated antiwar activists, hippies, and blacks, which is one of the reasons why the war on drugs policy was enacted. The policy was designed to break these groups up during the Vietnam War. This led law enforcement to break these groups up to ensure they couldn’t work together. The other reason was forty-eight percent of Americans at that time believe drugs were a serious issue in 1969. The war on drugs had a policy where police departments would receive money for any marijuana arrest including other types of drugs.

For example, there was a music promoter in the city of Los Angeles where he had his money seized twice by law enforcement. In the first case, it was a traffic stop in the county of Shasta where thirteen thousand dollars was taken. The second case was a traffic stop also, which law enforcement seized thirty-two thousand dollars in Woodland, Oregon. In this case, the owner was able to get his money back because he sued and fought hard. However, this is not the case for most people because they do not have the wealth to fight in court. In most civil forfeiture cases, the average amount seized by law enforcement is $1,031 in the state of Utah. This is why eighty-four percent of Americans are against Civil Asset Forfeitures. The other issue is high incarcerated rates, which stands at 2.3 million. In the prison system, people imprisoned for a drug offense is 1 in 5. The high number of offenders are incarcerated for a drug conviction. In 2018, the number of people locked up was five hundred thousand people. In 2016, forty-seven percent of federal prisoners were incarcerated for a drug offense. In 2015, state prisons incarcerated 707,900 people, fifteen percent of those convictions were a drug offense 197, 200. Out of that 197,200, 44,700 of those convicted were for drug possession.

This is one of the main issues with the War on Drugs since it doesn’t solve drug addiction, but help police departments increase their wealth by collecting civil asset forfeitures and increase the prison population. The best way to stop the abuse of drug addiction and corruption in the justice system is to legalize all drugs, expect drugs imported into the country illegally. As a result, society would see civil asset forfeitures repealed, and a drop in prison population. The other fact that would be seen is a reduction in gang violence because it is no longer on the black market. The reason why is because all illegal drugs are legal, which means there is regulation of these drugs just like with alcohol, tobacco, and marijuana. For example, heroin or cocaine would be regulated at a drug shop for people of the ages 21 and up. There would be standards such as the dosage amount as with alcohol is at two percent per bottle.

The advertisement would be illegal, and consumption of any drug can only be done in the house. There can only be 10 ounces on a person legally. These businesses would have a license and would have to pay taxes. Still, DUI laws would still be in effect, but it would become less of a law enforcement issue. On the other hand, that is if drugs become legalized. However, the country of Portugal decriminalized all drugs in 2001. People would not face any charges or jail time for a small amount of drug possession. Instead, if an individual is cot with drugs a police officer will confiscate the drugs, give the person a fine, and the person must go to a treatment program. There is no regulation of the drugs. For every one million citizens there are three drug overdoses death, but in the Netherlands, the number is forty-four every million. They also found that fake drugs are not used because people have their hands on real drugs. For example, flakka is a synthetic drug and dangerous because it makes an individual turn into a zombie, which makes an individual attack anyone they see. It also showed that HIV infections dropped.

For the last fifty years, the War on Drugs has been in the books and has cost the nation one trillion dollars to enforce. However, the results of the war on drugs have been a failure. Currently, the United States sees the highest amounts of drug use. It is not illegal drugs, but legal drugs such as opioids, which later people become addicted to heroin. America consumes seventy-five percent of the world’s prescription drugs, which means Americans are hooked on drugs no matter if it is legal or illegal. This is why a law enforcement approach to fight drug addiction is no longer a smart policy to combat drugs. If we are not using law enforcement to combat drugs, how are we going to stop people from becoming addicts? By legalizing narcotics, the government can focus on health care and education to combat drugs addiction.

One of the best places to start is the education system. The education system needs to teach life skills to student’s k-12. In turn, this result will reduce drug addiction in our country. Education and building a individuals identity and internal strength is the key to reduce the number of people consuming drugs. These life skill classes should include drug prevention, sex education, and trade school. The drug prevention class should teach young people at a young age about the dangers of all types of drugs and how they can be abused. By teaching a drug prevention class five days a week for one hour every day for every year starting in Second to twelfth grade, it will put into the minds of children to stay away from drugs. The curriculum would include people who lived a drug-addicted life, what is the drug made of, health issues from the drug, teaching about what to do if someone offers you drugs, disease from drugs, and what type of people do drugs. The other life skill class is sex education.

Sex education starting in kindergarten is design to educate students, not just about sex, but communication skills between the opposite sex. The ability to develop social skills in class with the opposite until twelfth grade helps male and females learn how to express themselves socially and develop relationships. It is essential to promote dating in high school to teach students about relationships. Sex ed should also teach motherhood and fatherhood classes to reduce divorce by teaching what makes a good mom and dad. By teaching sex education, it reduces divorce, domestic violence, and abuse of children. As a result, this contributes to a more healthy family structure, which makes children grow up in a happy home, instead of an unhappy home, which can lead to a life of drug addiction. This class would be taught one hour, every day, five days a week until the end of senior year.

This should reduce the divorce rate, which stands at fifty percent. The final solution is adding a trade school in high school or make it free for anybody to attend as long they are an American citizen. Providing trade school gives people an economic opportunity. For example, they found that a person without a job is more likely to be addicted to drugs or a person in hard difficult financial situations can lead to drug addiction. This is why providing a trade will allow people to receive good income, and also have a profession. A trade school can be nursing, electrician, web developer, cybersecurity, and other trade jobs, which will provide economic security. Intergrading life skills into the education system is vital. It is building the personal identity and developing the person’s confidence into one’s self. These life skills will build confidence in economic security, communication skills, drug prevention, and parenting, which are essential skills for life. As a result, it focuses on the individual to reduce drug addiction, not law enforcement, yet it might not be enough to prevent drug addiction, so this is where care centers come into play.

It is crucial to provide drug treatment centers and therapy to allow people to express their issues. The drug treatment centers allow people to communicate with other drug-addicted people and have a safe environment to treat their illness. These facilities should be free for all citizens suffering drug abuse. The other solution is providing free therapy by enabling people to express themselves and their problems instead of holding in all their emotions. Therapy should also be intergraded in the public education system k-12 too. Children who are molested, abuse physical, sexually, and adopted might need therapy. Starting at a young age is critical because these children are more prone to drug addiction in the future. Instead of paying one trillion dollars to combat the war on drugs it can go to education and healthcare to fight drug addiction.

In the end, repealing the war on drug policy will be beneficial to society. We will see a reduction in organized crime and police corruption in society. Drug addiction will fall because it is no longer a law enforcement issue, but a healthcare and education issue. By improving the education system and health system to combat drugs, we will see a reduction in drug addiction. It is not the product, but the person who must be fixed to fight drug consumption in the United States.