Will The United States Use Military Action Against Iran and Venezuela 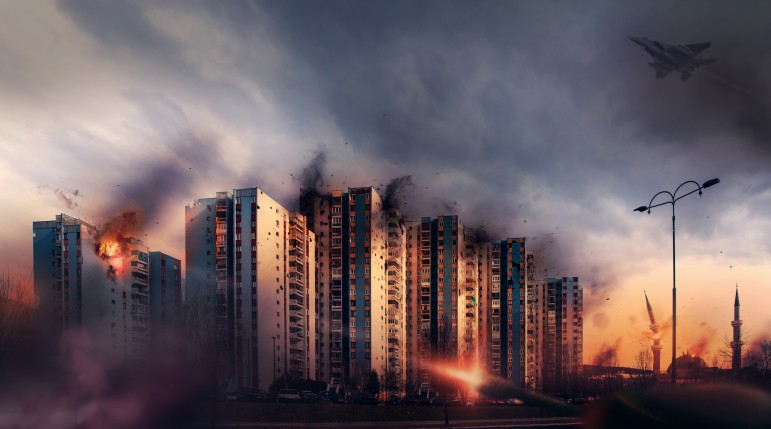 The countries Venezuela and Iran are suffering from strong economic sanctions imposed by the United States. As sanctions continue the nations of Iran and Venezuela will lose financial wealth. Iran is no longer allowed to export oil to China, for example, if China buys oil from Iran, then China can be subject to sanctions. Venezuela has also lost its ability to export oil. As a result, China will be economically hurting again because they buy their oil from Venezuela. The main questions are Iran and Venezuela going to be invaded and how does it affect China?

The economic sanctions imposed onto Venezuela has caused the death of 40,000 people claimed by a UN Economist. The sanctions have cut off the food and medical supplies, and oil sanctions have hurt the nation from making money. Combine the sanctions are designed to weaken the country, people and government officials. There are rolling blackouts that have cut power to the residences of Venezuela. Some foreign policy experts suggest cyber attacks are the cause. There is the opposition leader Juan Guaido is called for the overthrow of Maduro by military force but failed in his attempt. Now, it sets the stages if the United States can’t remove Maduro by peaceful means or non-threatening means, then US forces might have to invade? Invading Venezuela will be difficult because it appears the people of Venezuela are not backing Juan Guaido. Second, 1.6 million Venezuela citizens are in the militia along with the professional military. China and Russia are backing Maduro military and economically. Venezuela has tones of Russian made military equipment. Serious threats to US forces. However, the sanctions can purposely design to hurt the civilian population because 1.6 million are in the militia. Removing Maduro means a pro-Washington leader in office for the United States . For Russia and China keeping Maduro in power means China and Russia will benefit economically and militarily. Only time will tell Maduro stays in power. Maduro said, ”the U.S. intends to invade us, they will have a Vietnam worse than they can imagine”. Suggesting he might use guerrilla warfare.

In Iran, the situation has become more aggressive. Iran has been hit hard by the fact that they can’t sell oil. Are the sanctions designed to weaken the economy, which will undermine Iran from using military force in Syria and across the Middle East? The answer to question yes it will, but is the United States threatening to invade Iran because it has imposed sanctions. Sending a military aircraft carrier will make Iran feel threaten. Invading and conquering Iran will eliminate the threats of Iran expanding its influence in the Middle East. On the other hand, China and Russia are allied to Iran. Russia could provide support to Iran in a time of conflict between the United States and Iran. Because of oil sanctions Iran has to threaten shutdown the Strait of Hormuz cutting 40 percent of oil supplies to the globe. Maybe America is just showing its force or preparing to invade if Iran shut downs the Strait of Hormuz.

The nation of China is being affected by Iranian and Venezuela sanctions. Recently, Trump will increase traffics on Chinese goods. The Trade War has inflicted economic pain in both countries America and China, but especially China. With China being the number 1 oil importer in the world sanctioning Iran and Venezuela to stop exporting oil is a strategy to hurt the economy. As well as the Trade War between America and China is to harm the Chinese economy. The Trump Administration is sending a clear message to China to stop trying to undermine the United States globally be using economic warfare and military expansion in the South China Sea, or face intense financial pressure by the United States.

In the end, Putting tough sanctions on Iran and Venezuela are destroying the economy of these nations. Removing Maduro from power will help establish Washington control over Venezuela removing China and Russia. If Iran is invaded and conquered, then Iranian influence will be removed and help to increase US influence in the Middle East. The economic sanctions on Iran and Venezuela will put financial pressure on China to find other sources of oil along with the trade war. Smart strategy & tactics are being used.